Why Your Scuba Regulator is Leaking and How to Fix It

By John Francis | March 31, 2020
Nine reasons why your scuba regulator might be leaking and how to fix it.

Is your regulator leaking? Scuba Diving magazine has compiled this guide to spotting, identifying and fixing every type of air leak known to diving.

Where - From orifices and seams in the first stage housing.

Looks like - Anything from an occasional bubble to a constant small stream.

The problem - Wear and tear, or misadjustment of the internal parts during overhaul.

The fix - Requires a technician.

Abort the dive? - Judgment call. It's not likely to get worse quickly, and an occasional bubble might be tolerable for the day. If leakage increases, head for the surface.

Where - From a single orifice of a first stage.

Looks like - A steady stream of very tiny bubbles.

The problem - None. The bleed is intentional, a design feature of the dry piston-type first stage.

The fix - Leave it alone, and please put your wrench away. Please!

Abort the dive? - Read my lips: there's nothing wrong. The air loss, by the way, is minuscule - less than one breath in an hour.

Where - Between the tank valve and the high-pressure valve seat at the yoke.

Looks like - Anything from an occasional bubble to a constant stream.

Sounds like - Bubbling from almost-flat soft drink to a boiling kettle.

The problem - The O-ring is dirty, cracked, worn, dry or the wrong size. Or the seat is nicked or dirty. Or the yoke is loose or not positioned correctly. Some DIN-to-yoke adapters make alignment of the yoke difficult.

The fix - Remove the O-ring, clean and inspect the seat. Replace the O-ring with a new one, coated with just enough silicone to make it supple, not greasy. Tighten the yoke by hand, but firmly. No luck? Try a different tank.

Abort the dive? - Judgment call if the leak is very small, but it's better to return to the surface and replace the O-ring.

Where - Between the tank valve and the high-pressure valve seat at the regulator yoke.

The problem - This usually happens when you first turn on the air, if you haven't tightened the yoke enough. With the seat loose, pressure forces the O-ring to squeeze through the gap and tear, causing a loud escape of air. Another cause is using the wrong-size O-ring.

The fix - A new O-ring and a stronger hand on the yoke screw.

Abort the dive? - Only until you calm down.

Where - At either end of any hose, between hose end fitting and whatever it screws into (first stage, second stage, BC inflator, SPG, etc.).

Looks like - Anything from isolated bubbles to a constant stream.

The problem - The O-ring is dirty, cracked, worn, etc., as above. A leak immediately after an overhaul probably means the tech has not tightened the hose enough. If very loose, the O-ring can blow out with sound effects as above.

The fix - Also as above. Where there is a swivel on the hose, be sure to separate between the swivel nut and the next nut, not between the two nuts and the SPG or second stage. How much to tighten the hose? One ungh on a short wrench.

Abort the dive? - If it's the high-pressure hose to the SPG, it will be a small leak. As long as it doesn't seem to affect the gauge, you can probably continue the dive. The high-pressure hose leak looks dramatic but involves very little air — the orifices are tiny. A low-pressure hose actually leaks more air, but you will still have time to return to the surface calmly and deal with it.

Where - Anywhere on any hose, but usually near the first-stage end fitting.

Looks like - A tiny bubble, or chain of tiny bubbles on the surface of the hose. Or a steady stream of bubbles.

Sounds like - Maybe nothing, maybe the fizz of ginger ale.

The problem - The inner, woven layer of the hose has developed a weak area, usually through constant flexing. Air leaks to the outer, scuff-protecting layer of the hose, which has a chain of tiny relief holes along its length. That's where the bubbles come out.

The fix - Replace the hose. High-pressure and low-pressure hoses are not interchangeable, nor are low-pressure regulator and inflator hoses, though the industry is moving in that direction.

Abort the dive? - As with hose O-rings: The high-pressure hose is a judgment call, depending on how serious the leak is. Surface to replace a low-pressure hose.

The Leak — Second stage, due to excess intermediate pressure

Looks like - Anything from a bubble every few seconds to a constant stream.

Sounds like - Anything from a slow "glub, glub, glub," to a pot at full boil.

The problem - Several possibilities, same symptoms: (1) first stage out of adjustment and delivering too much pressure; (2) second stage "cracking pressure" too low.

The fix - Dial back the second stage adjustment (if you have one) for more breathing resistance until the leak goes away. If you have to dial it back again and again as the dive continues, this is a sign of first-stage problems. By the way, flipping the minimum/maximum or venturi switch will have no effect. Have your reg serviced at the first opportunity.

Abort the dive? - If you can keep the leaking under control by adjusting the second stage. But if the problem is getting worse, head for the surface.

The problem - Sand, grit or corrosion under the second stage valve seat prevents it from sealing.

The fix - Swirl the second stage through the water while working the purge (tank pressure must be on). The sand or grit may be washed out. Back on the boat, you may be able to remove the purge cover for better cleaning. Just be absolutely sure to put all parts back in the same order. If it's a corroded seat, only a technician can make the repair.

Abort the dive? - Swirling may reduce the leak to manageable proportions. Otherwise, make a calm, normal ascent; air is not disappearing as fast as it sounds (though watch your SPG).

Where - Between the swivel fitting and the body of the submersible pressure gauge.

Looks like - Anything from a steady stream of bubbles to a constant fizz.

Sounds like - Anything from a boiling tea kettle to a roaring jet engine.

The problem - The spool is the hollow stud on which the swivel mechanism mounts. Banging and dragging the SPG can bend or break the spool, or distort its O-rings.

The fix - Requires some technical knowledge, but take heart: many dive boat captains, resort operators and dive shop folks can do it.

Abort the dive? - As with all high-pressure hose leaks, it looks and sounds worse than it is because the pressure is high but the volume is low. As long as the SPG is reading correctly it is a judgment call; if you're using an air-integrated dive computer, it's not an issue. 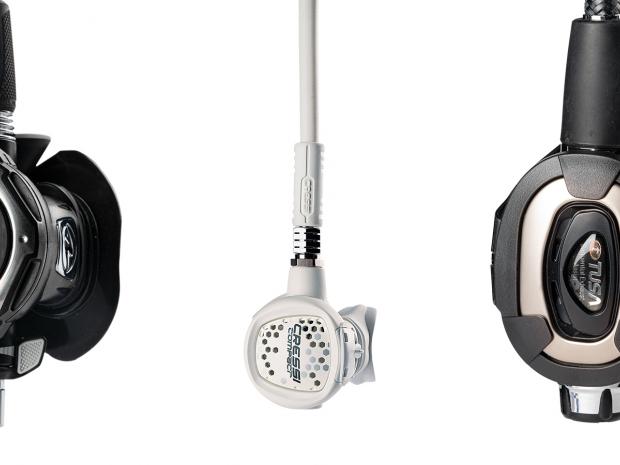 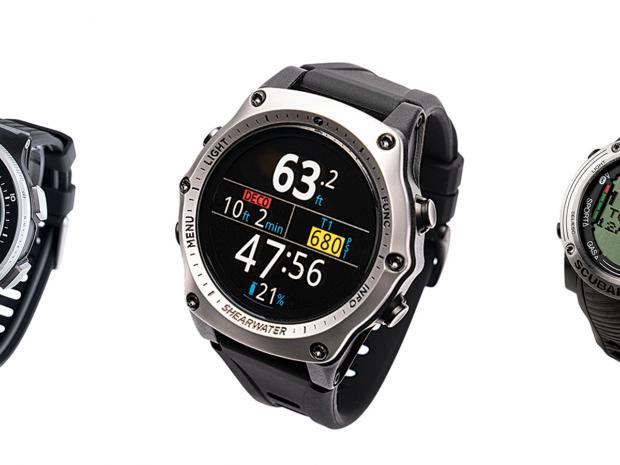 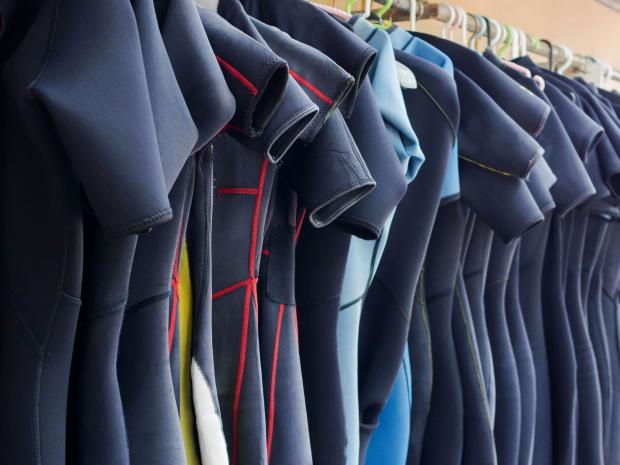