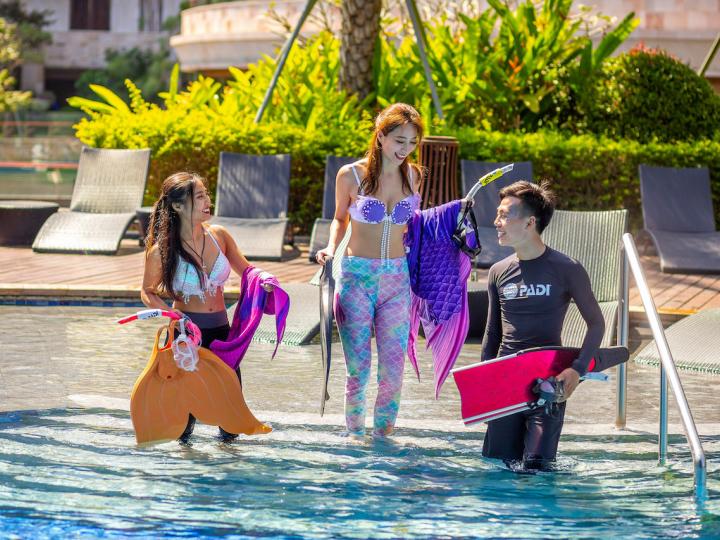 Mermaid diving is a world with one foot in reality and the other in fantasy. Mermaid lore originated centuries ago, yet even today, the myths tickle our imaginations. Water lovers, young and old, fantasize about living as mermaids – but unlike most such fantasies, this one we can make real – well, almost real. Mermaid equipment and costuming let us bridge fiction and fact, opening the door to this mystical culture through mermaid diving.

The PADI Mermaid Program is designed to be a rewarding and fun experience, suited to anyone with an interest in mermaid diving and basic swimming abilities. Although this experience shares techniques and equipment used in scuba and freediving, mermaid diving (or ‘mermaiding’) is its own form of diving. The PADI Mermaid Program is designed for non-divers and divers alike, as you don’t need any prior knowledge to enroll. 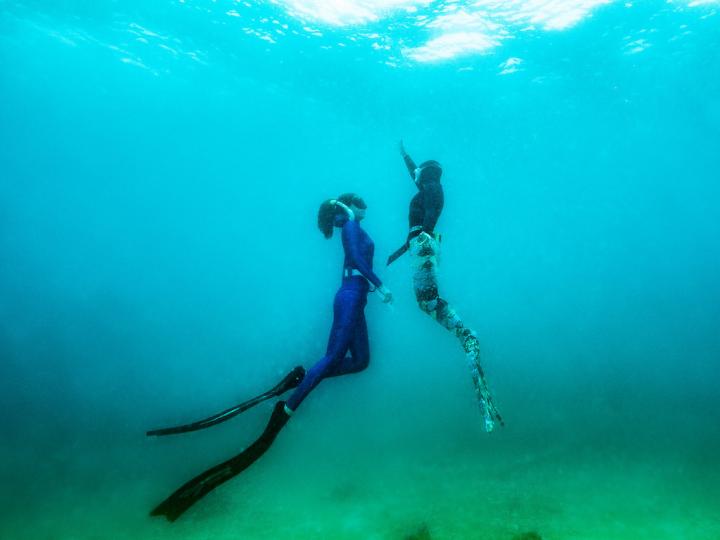 Modern mermaid diving has its roots and takes its leads from mermaid legends, and mermaid diving interests are at least partially influenced by myths. Mermaid legends are common in many cultures around the world, with the earliest known stories dating to about 1000 B.C., Assyria. While the modern view is of upper human bodies and lower fish/fishtail bodies, traditionally European and Asian mermaids have differences, usually in the tail and/or body shape, but sometimes with other characteristics.

The PADI Mermaid Program is not limited to women – in fact; male participants make up a substantial portion of those who enjoy mermaid diving. Although in English (and other, but not all, languages), ‘mermaid’ and its translated counterpart denotes gender, it is the most widely recognized word for both the mythical creature and mermaid diving. Therefore, although you most often hear ‘mermaid’ because it is the most recognized word, it is used as a gender-neutral, recognized and popular term that applies equally to males and females. 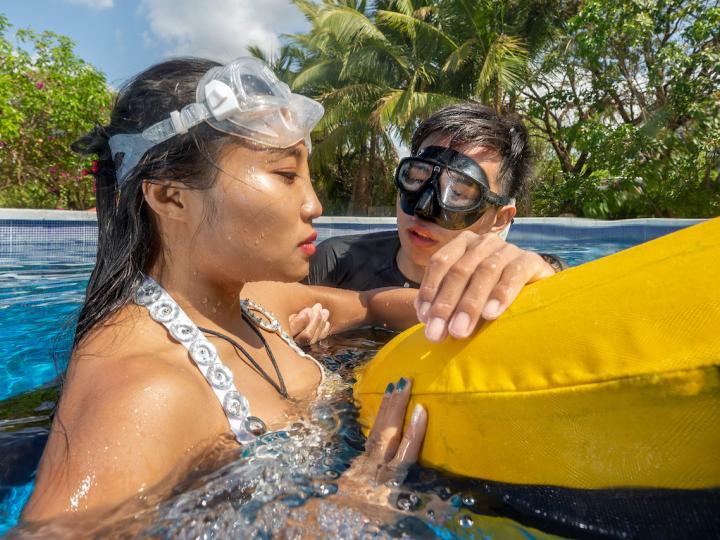 Do I Need a Mermaid Course?

Though mermaiding appears to be relatively simple, there’s a lot to learn about safety, how your body behaves underwater, and best use of mermaid equipment. Mermaid diving is a creative expression you enjoy in the water, and most novice ‘mermaids’ find it’s an enjoyable challenge that they readily master. But, the course does involve swimming in and under water, so your PADI Mermaid Instructor will orient you to skills and guidelines that, first and foremost, prevent problems and reduce risk, and second, help you enjoy and get the most out of mermaid diving. 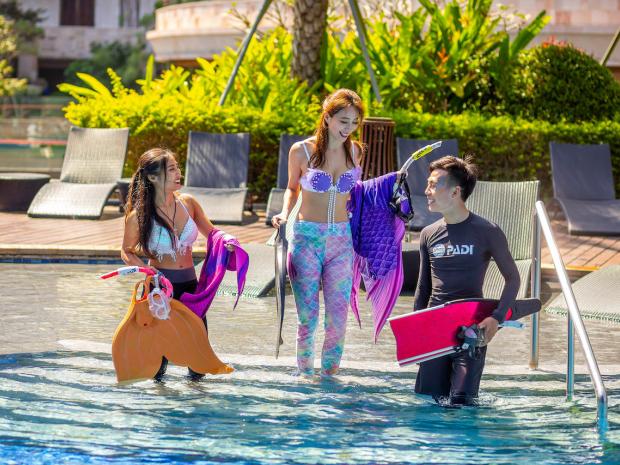 The Discover Mermaid™  experience is a program that introduces participants to simple mermaid activities in shallow, confined water (e.g. a pool you can stand in). It’s a highly flexible, and brief program, that lets you try mermaiding to see how you like it. 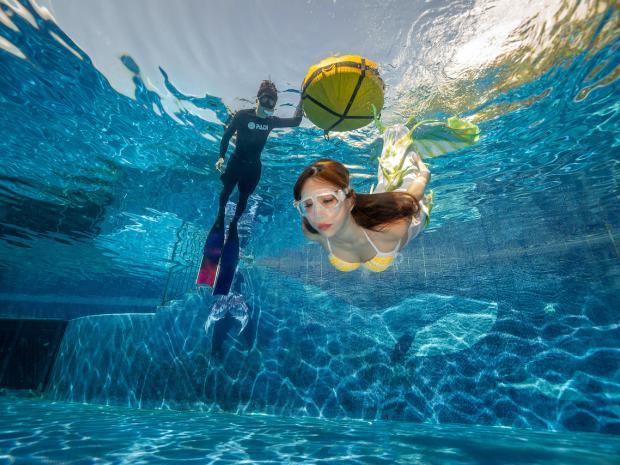 The PADI Basic Mermaid™ course gets you started with at least one session in a pool or location with pool-like conditions, while allowing you to master the fundamental mermaiding swimming and breathholding skills. 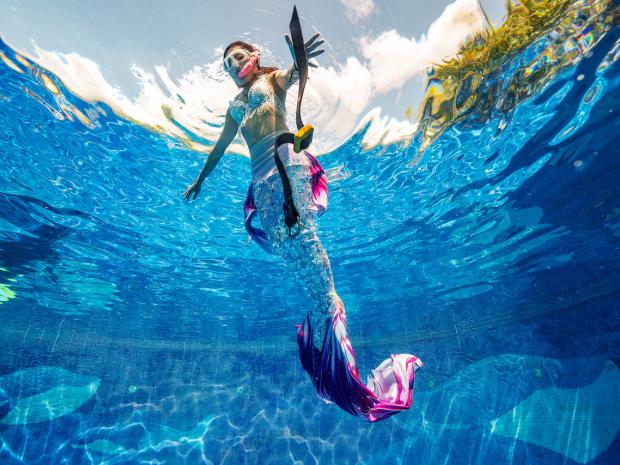 The PADI Mermaid course has at least two water sessions: the Basic Mermaid session plus an additional session, which adds more dynamic mermaid skills. Many of these are the expressive, fun skills that separate mermaid diving from other types of diving, and include several that are sure to impress an audience. 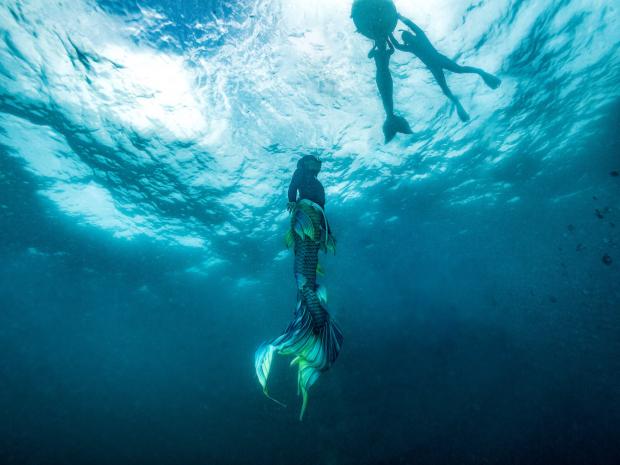 The PADI Advanced Mermaid™  course includes all of the skills you’ll master in the PADI Mermaid course, plus two additional sessions in open water – that is, a natural, local body of water, or purpose-built site, significantly larger than a pool, suited to mermaid diving – making your mermaid dives even closer to what we imagine when we think about how mermaiding would be in nature. 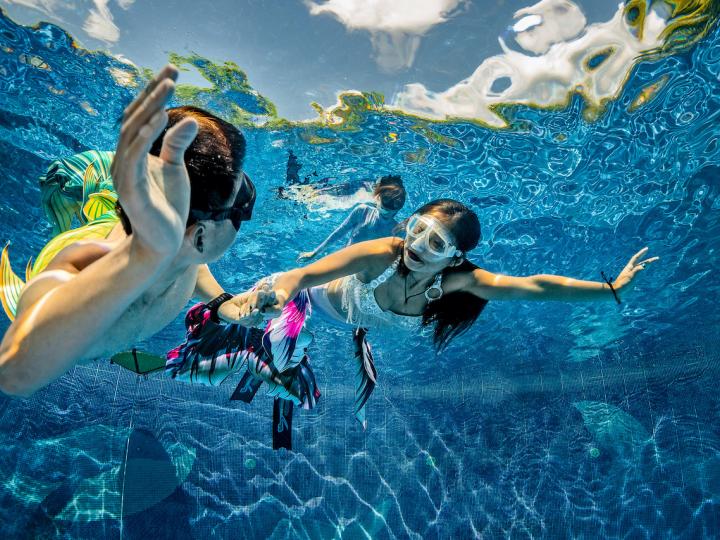 Applying state-of-the-art instructional design practices, the PADI Mermaid Program was developed based on prevailing mermaid diving practices and consultation with experienced PADI Instructors who teach mermaid diving, as well as other training experts. All PADI courses are performance-based, so that they are student-centered. This means you progress based on how fast you learn, with your PADI Mermaid Instructor providing guidance that fits your individual needs.

PADI is the world’s largest and most well-known diver training organization, so the PADI Mermaid certification(s) you earn will be recognized internationally.

Answers to the most common questions about learning to be a mermaid.


What is the minimum age for the PADI Mermaid program?

The minimum age for the PADI Discover Mermaid experience and the PADI Basic Mermaid course is six years old.


Do confined water sessions need to be conducted in a pool?

No, ‘confined water’ can be a swimming pool or a natural body of water with swimming pool-like conditions, with respect to clarity, calmness, and depth. The PADI Mermaid Program utilizes both shallow water and sufficiently deep water to allow student divers to meet all skill performance requirements.


What equipment do mermaid students use?

Mermaiding only requires a few items: a mask, snorkel, fins, weight belt (sometimes), a wetsuit (depending on your location) and of course, a mermaid tail (monofin) intended for swimming. Your instructor can help you choose appropriate mermaiding equipment.


Where do I enroll in a PADI Mermaid course?

Are you curious about the launch of the new PADI Mermaid program?