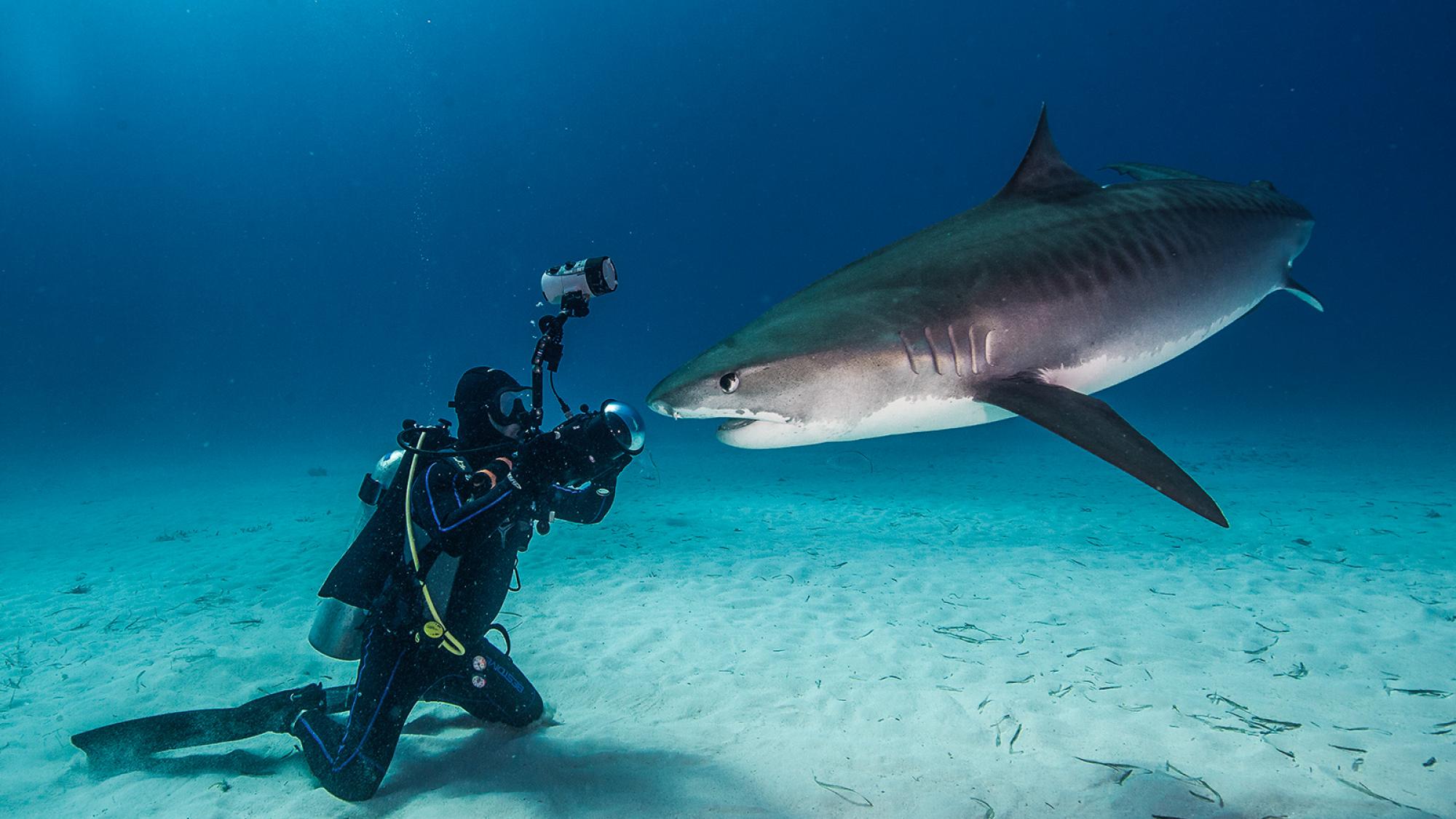 Gerardo del Villar has dedicated his life to demystifying sharks in order to change the public perception, thereby contributing to their conservation. “When I first had a dream about diving with a shark, everything changed,” says Gerardo. “My life took a turn into the unknown. By getting to know the power and majesty that sharks have, I understood the reason I wanted to be near them. And by the time I interacted with them, I decided what I wanted to do for the rest of my life. Sharks have been on this earth for more than 450 million years and have survived five massive extinctions in the past. Unfortunately, the human race is taking every species of shark to the border of extinction. Humans kill more than 80 million sharks every single year and, if this were to continue, they will soon disappear from our oceans.”

Gerardo is educating the public about the need to protect our planet’s sharks, showing the real face of these fascinating predators. Through the documentary project he produced, Tiburones de Mexico (“Mexico’s Sharks”), he has shared this message with more then 10,000 school children to date. Gerardo is currently in the process of directing a second educational documentary about sharks, as well as planning a number of photographic exhibitions featuring photographs of sharks to raise awareness about these important animals.

By continuing to lead shark expeditions and collaborating with the media, Gerardo is ensuring more people around the world understand the importance of sharks in the marine environment. “Sharks need you. Take part and participate in making a difference.”